By this agreement, when registering with LashaGames and/or its mobile applications (the Service), the user confirms his agreement with the following terms.

During the entire period of using the Service, the User grants the Service the right to collect and process the following User data:

information about all user-generated game actions, namely the date and time of the game played, the opponent’s ID, the size of the bet and the result of the game.

The user agrees that his online presence, namely, the fact of an open application, will be available to an unlimited number of other users.

The User agrees that during the period when his / her own uploaded avatar (photo or picture) does not exist in his account, instead of it, other users will be shown “Gravatar” – an image uploaded from the Gravatar.com service corresponding to the MD5-email of the User.

The user agrees that non-personalized data (information about his gaming activity) can be used for scientific, statistical and marketing research.

The User agrees that the User’s email is the only way of feedback of the Service to the user, and agrees to respond within 7 calendar days to the emergency messages from the Service.

The User agrees that non-segregated information that does not allow the User to be identified as an individual can be collected by third parties, namely, advertising and statistics gathering services, including Google Adsense, Google Adwords, Google Analytics.

The user can revoke the authorization to collect and process his personal data by the Owner by deactivating (closing) his account and requesting the removal of personal data.

In this case, the User agrees that the information about the game actions and the internal numerical identifier of the former User continues to be stored in the Service.

The User undertakes to operate the Service exclusively using official Service applications downloaded from the Service website or the Play Market.

The user agrees to operate the Service simultaneously from no more than one device, and when trying to authorize on another device, the application on the first device will be logged out.

The User agrees not to use any third-party software to attempt authorize in the Service and participate in the game.

The User agrees not to use the Service to send spam in the game chat, as well as for offensive and aggressive communication with other users.

Promo Code of the Day

Get Rock-Paper-Scissors in-game coins with this code. 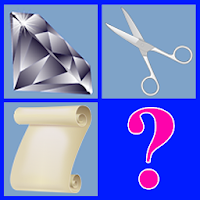